CONSPIRE… the transmediale exhibition, guest- curated by Nataša Petrešin-Bachelez, focuses on the strategic notion of the conspiratorial act. In poetic reference to the term’s Latin roots, conspirare, the exhibition deconstructs the nature of conspiracy into a silent and cosmic act of ‘collective breathing’ suggesting a sharply targeted, yet anonymous and intimate form of creative collaboration.
The works and projects chosen approach the perceptive borders of our daily lives with coded instructions, exploratory maps and speculative allusions which provoke alternative views about the way in which we understand information and what we believe to be universal truths.
As such, thematic constructs around the notions of conspiratorial truths, bio-organic systems and twisted realities emerge from the contextualising clusters explored within the exhibition.

The exhibition, featuring many new works specially conceived for transmediale, will be shown at the exhibition hall and the studio gallery, and will be open through February 24, 2008.

Uršula Berlot’s bio-organic systems mimicking abstract representations and Kimsooja’s physically and spiritually engaging experience on one hand, and Norimichi Hirakawa’s planetary constellations on the other, are complex projects that collude to link the mystical, and inexplicable nature of humanity and eternity, ultimately a search for something as elusive as a universal truth. Knowbotic Research points at the level of symbolic representations that are constructed by the technology.

Warping our knowledge of reality, these contributions act as reality-benders, rendering our everyday reference and sense of reality odd and questionable. They operate with the categories of the logic of fact and the logic of fiction as with two extremes on the same line of experience and thought that can be blurred: Einar Thorsteinn’s experimental object involving the public’s perception and imagination; SilentCell Network’s interventions into institutional frameworks; Olga Kisseleva’s insertions of the immateriality of information into architecture’s concreteness, or follow the self-organised civil initiatives and their strategies of survival (Lisa Parks).

Soft, dark … yet poetic revolutions are the key elements lingering in the shadow of these works (Marko Peljhan’s and Velimir Khlebnikov’s ongoing collaborative conceptual theatre of operations’, YKON and its belief in the legitimate status of artistic micro nations, Bureau d’etudes’ engaged mapping of privacy), a state of being which may emerge as humorous dissonance expressing problematic social or political issues (Julieta Aranda’s sonic cacophony of national anthems; Hassan Khan’s psychoanalytical fragments of narratives).

Auto-fictions with the methods of projecting oneself onto a larger-than-life scenario (Mangelos’ self-fictionalisation and his visionary poetic manifestos; Ilana Halperin’s geological travel documentations and the visions of Artur Zmijewski’s protagonist, Lisa), decomposing the thin line between factual and fictive authorship (Hadjithomas and Joreige with the photographer Abdallah Farah) or the instrumentalisation of one’s own artistic position to create fictional institutions (Julius Koller).

Science and technology shape our realities and imagination today as intensely as they have always had, and these artistic explorations into the limits of artistic competence deal with scientific fictions (Tobias Putrih’s sculptural proposal, inspired by Buckminster Fuller’s or Friedrich Kiesler’s theories), documenting personal and alternative scientific proposals (Alban Hajdinaj’s focus on an Albanian amateur geophysicist) against collective ones (Christoph Keller’s assemblage of Internet-based theories on the mysterious forms of aircraft chemtrails). 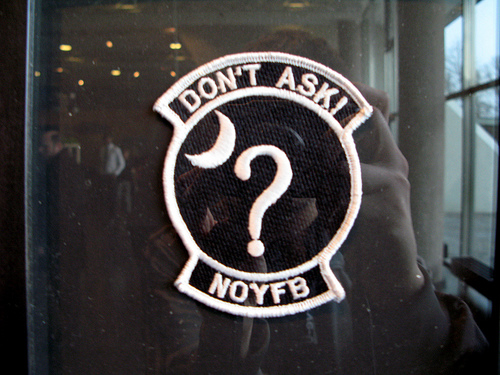