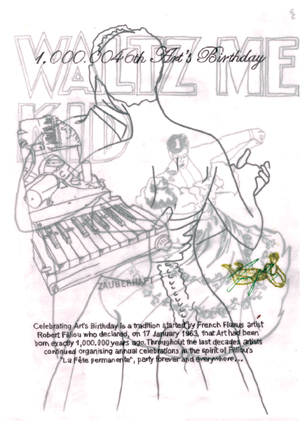 The physical dimension of sound, its potential to become a source of corporal pleasure, its invisibility, its immateriality, its power to generate emotions or affect our bodies without passing through the barriers of reason and without leaving traces… All these aspects have turned particularly important in the context of a society of control, where the different discourses of power need technologies to perform their dominance, or simply to attack and defend themselves. This is the role of sonic weapons.

The sound work proposed by Escoitar.org, a radiophonic short tale placed somewhere between a documentary and a radio-art piece, is based in the remix of audiovisual documents found across a long and deep research about certain uses, developments and technological implementations of sound. The work proposes both a conceptual approximation to this subject matter and a revealing sonic experience, carried out through an analysis of the impact and the effects of these technologies, their uses and their abuses.

Digitally processed sounds from interviews, recordings of sonic weapons, fragments of works by different artists and recordings of acoustic signals and control devices (such as bells, sirens…) made by Escoitar.org are mixed and intertwined in “Sonic Weapons”. A radiophonic work that pursues a double goal: on one side, to make the listener aware of a problem that affects sound and listening, conceived as control devices, and, on the other, to create a passionate sonic gesture in order to maintain sound safe and to keep working for its freedom.