For more than a century, since he captured the spoken words “Mary had a little lamb” on a sheet of tinfoil, Thomas Edison has been considered the father of recorded sound. But researchers say they have unearthed a recording of the human voice, made by a little-known Frenchman, that predates Edison’s invention of the phonograph by nearly two decades.

The 10-second recording of a singer crooning the folk song “Au Clair de la Lune” was discovered earlier this month in an archive in Paris by a group of American audio historians. It was made, the researchers say, on April 9, 1860, on a phonautograph, a machine designed to record sounds visually, not to play them back. But the phonautograph recording, or phonautogram, was made playable — converted from squiggles on paper to sound — by scientists at the Lawrence Berkeley National Laboratory in Berkeley, Calif.

“This is a historic find, the earliest known recording of sound,” said Samuel Brylawski, the former head of the recorded-sound division of the Library of Congress, who is not affiliated with the research group but who was familiar with its findings. The audio excavation could give a new primacy to the phonautograph, once considered a curio, and its inventor, Édouard-Léon Scott de Martinville, a Parisian typesetter and tinkerer who went to his grave convinced that credit for his breakthroughs had been improperly bestowed on Edison. + 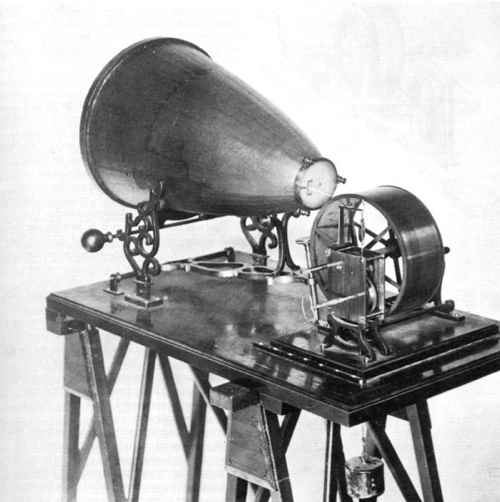