‘While the likes of Blind Lemon Jefferson and Charley Patton were making the earliest blues recordings in America, this equally strange and compelling music by West African singers and musicians was simultaneously being recorded in London… [a] treasure trove of golden voices, chants, authentic percussion and traditional instruments presented in totally unmediated fashion’ (***** Songlines).

Made in London, these recordings were issued originally by the Zonophone record label over three years from late 1927.
The first West African Zonophone recordings date from 1922, when the Reverend J. J. Ransome-Kuti — Fela’s grandfather — travelled from Nigeria to Britain, to record Christian hymns in Yoruba. Notables of 1925 sessions included the Pan-African activist Ladipo Solanke, who had come to Britain three years earlier to study Law; and Roland Nathaniels, also resident in Europe at this time, who soon afterwards recorded for Odeon in Germany, before returning to the Zonophone studios in 1927 (probably doubling as an A and R man).
Finally, with these recordings in 1927-9, Zonophone moved decisively to dominate the West African market ahead of the competition, by exporting hundreds of discs — and record players — recorded in almost all its major languages. Included here are Wolof, Temni, Yoruba, Vai, Fanti, Hausa, Ga and Twi.
The records were recorded and manufactured in London: all of them were sent to West Africa, where few have survived.
Zonophone was soon followed by Odeon as the decade turned, then Parlophone in 1936, and HMV the following year. Unlike Zonophone, all three rivals travelled to West Africa with recording equipment. 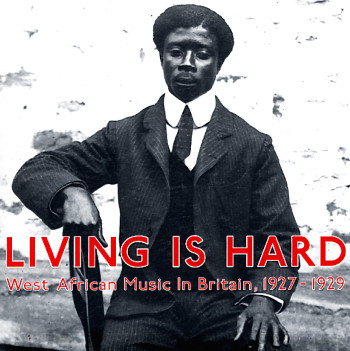