Buried in all of Netflix, one can sometimes find some unusual gems. Most recently, I turned up a documentary about one of the founders of musique concrète, Pierre Henry entitled The Art of Sounds. The documentary, by Eric Darmon and Franck Mallet, was filmed a couple of years ago and runs about an hour. It follows Henry through a concert in his home, putting together a new piece, some fascinating footage of his sound library, all with a voiceover from an extended interview. Many of Henry’s pieces were composed for ballets by Maurice Béjart, and the film contains several excerpts from the ballets.

While the documentary was interesting enough, the extras were fascinating. First, there is a concert from 2003 of Henry’s 1953 piece The Veil of Orpheus. The concert footage is unexciting, basically showing Henry at a large mixing board. At the end of the piece, the camera pans back to show a stage full of speakers of different sizes. One only becomes aware of what’s really going on during the subsequent footage of the rehearsel for the concert, where Henry and his technical director discuss speakers in the loft, to the right and left, behind the audience, basically all over the place.

The second big extra is a 20-minute film by Gérard Belkin called Le Candidat. Belkin is listed at IMDB only for Fait à Coaraze, a short film that won the Jean Vigo prize in 1965. But this film was fairly impressive. The surrealistic imagery alternates between political rallies, the candidate and his entourage traveling on a lonely road, and a brief sex scene, but the film is entirely without dialogue, using only Henry’s sound montage throughout. Although Henry synchronizes his sound scenes with the ones in the film, within each scene there is no synchronization at all. He supplies only crowd noises during closeup scenes that should have a conversation. The political rallies are accompanied by the Javanese monkey chant. The sound is on equal footing with the image.

The Art of Sounds is part of the DVD collection Juxtapositions, which focuses on contemporary music. A couple of the other DVDs in the series are available at Netflix, and one can only hope that they eventually get them all. The previews included here make them all look fascinating. 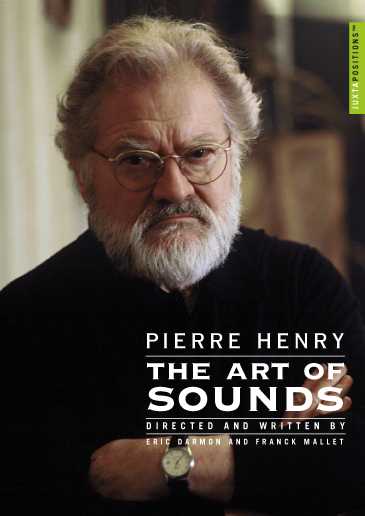