The following chronological list of recordings hints at the vast range of material included within the realms of “‘anti” and “conceptual” music. The list emphasizes achievements of the last few years. It would be difficult to define this odd category of music, because the artists’ motivations and intentions and the results of their labors are extremely diverse. However, the records in this category have one common bond – they are all self-referential. Shifting emphasis away from the music, they point to their own existence as cultural artifacts and objects to be consumed These recordings transcend the sound contained within their packaging (often there is no sound at all) to question “‘extra-musical” elements such as music industry practice, the notion of “quality “I the role of the music critic, the role of the listener, etc.

They expand our perception of the phenomenon of music, addressing the processes of recording, manufacture, distribution, playback and perception. The beauty and “value” of anti-records and conceptual records is to be found not in the timbres they reproduce, but in their ability to make us aware of the entire ‘”apparatus” surrounding music. Also included in this chronology are related live performances and a few significant events in the history of sound recording. 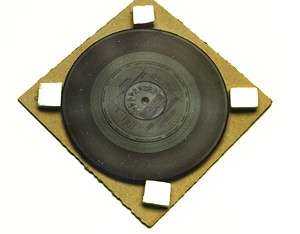