“The quote represents the culture itself as the principle of human becoming, the improving of human thinking, from quoting to quoting, from the evolution of ideas to others and their negation. The culture is a tissue of citations, resulting from thousand sources of culture and signs. The history of human thinking is a tissue of quotations drawn from the innumerable centers of culture.”

The (second) removal of the author is merely a historical fact.

The figure of romantic genius was born in XVIII century, since this time, many speculations have been doing around the myth of author and its aura. Then it has been the culmination of capitalist ideology, which has attached the greatest importance to the “person” of the author. The image of ideas to be found in ordinary culture is tyrannically centered on the author, his person, his life, his tastes, his passions.
In the first decade of XXI century, the myth of author die.

The user-producer is a concept that speak to the digital experience and the freedoms that this digital culture allow for ordinary people to become artist and producer. This model fundamentally challenges the traditional assumptions of author, it moves away from the idea of the romantic notion of authorship, which saw authorship and cultural production as an isolated activity of a genius sitting and creating something out of nothing.
In the act of copy, many usually in the digital world, as we lose the concept of the original, we forget the author ever more. So the only effective things that we remember and we still feel are narrative codes and moral signs.

Some factors as the democratic diffusion of tools for create and for spread content, the explosion of economy of imagination, the sharing of intellectual products, the figure of prosumer and the social network of web 2.0, these have desacralized the figure of author, these have stripped its aura, it has been plunged in the Pangea of knowledge, which is the only one creator of human culture, transversely in time and in place.

Authorship becomes indistinguishable from the multiplicity of authors, this profusion transforms the culture and their creators in a unique body. It’s the collective intelligence, it’s the return of the rules of oral and folk culture. Collaborative creativity, influences, remix, sampling, reshaping and mesh of diffuse publications of intellectual products, from ideas and concepts, to arts and researches; these are the causes that have deleted the character of originally, individually and autonomy composition.
Culture consists of multiple writing, indeed, everything is to be distinguished. This multiplicity is collected, united and this place is not the author, as we have hitherto said it was.

So the author back to its old work of compiler, and its name isn’t important anymore. It’s the inevitable way: ever more become more difficult to be sure of attribution, so it might not refer to a real individual. Again as in the past, anonymous narrative contributions are the roots of our culture and our perception of reality. Contemporary examples of this social spaces are Wikypedia and YouTube, MySpace, etc… In the end, the fifteen minutes of fame for each of us, go down to zero seconds, but each little piece of art becomes infinitely more useful for human being. It’s the forest that take shape of tree, not vice versa.. 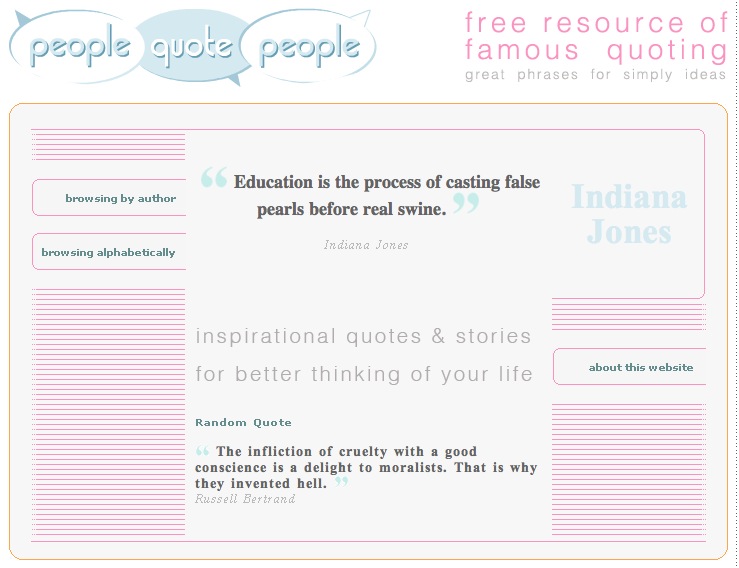