Science Daily — By studying the songs of a bird species that has succeeded in adapting to urban life, researchers have gained insight into the kinds of environmental pressures that influence where particular songbirds thrive, and the specific attributes of city birds that allow them to adjust to noisy urban environments. The findings, reported by Hans Slabbekoorn and Ardie den Boer-Visser of Leiden University, appear in the December 5th issue of Current Biology.

In the new work, the researchers studied songs of the great tit (Parus major), a successful urban-dwelling species, in the center of ten major European cities, including London, Prague, Paris, and Amsterdam. The researchers then compared these songs to those of great tits in nearby forest sites. The results of the comparison showed that for songs important for mate attractions and territory defense, the urban songs were shorter and sung faster than the forest songs. The urban songs also showed an upshift in frequency that is consistent with the need to compete with low-frequency environmental noise, such as traffic noise. […] 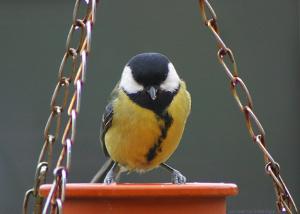