‘Livecoding’ is the activity of writing a program, or part of it, while it runs. It thus deeply connects algorithmic causality with the perceived outcome and it allows code to be brought into play as an artistic process by deconstructing the temporal dichotomy idea of ‘tool’ and ‘product’. BetaBlocker, project made by software artist Dave Griffiths is a livecoding performance and a piece of software. It’s a virtual acid techno machine which is live coded with a gamepad to create code and processes which modify and destroy each other in 256 bytes of memory. The machine’s memory and processes are projected and integral to the performance. The software is written in ‘fluxus’, a small realtime rendering engine that generates animation from sound. The rhythm is a direct result of the process, the number of instructions and jumps. Livecoders propose a hardline approach to the understanding of software-based art: the code and the process of writing should be visible to the audience, and not hidden inside a ‘black box’. However, as it written in TOPLAP Manifesto Draft “It is not necessary for a lay audience to understand the code to appreciate it, much as it is not necessary to know how to play guitar in order to appreciate watching a guitar performance”. Livecoding allows the exploration of abstract algorithm spaces as an intellectual improvisation. As an intellectual activity it may be collaborative. And there is something peculiar in BetaBlocker specifically related to live performance. Beta-blockers are in fact cardiac medications quite commonly used by musicians to relax nerves before a concert. By blocking the action of adrenaline and other substances, these drugs mute the sympathetic nervous system, which produces fear in response to any perceived danger. The effect of the drugs does seem magical. Beta-blockers don’t merely calm musicians; they actually seem to improve their performances on a technical level. Pointing out this ‘live’ aspect, the name seems to advocate the ‘humanisation of generative music’, where code isn’t left alone to elaborare its own self-describing soundscape, but it is hacked collectively, chopped up and moulded to make live music.
Valentina Culatti 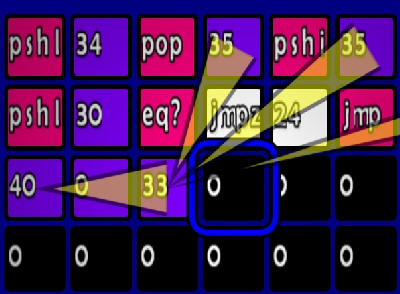