Bernard Tschumi, in writings between 1975 and 1991, articulated what he called a “disjunction” in the field of architecture between the form of buildings and the events that take place within them. This contradiction might be substituted by any from a set of related contradictions (theory/practice, ideal space/ real space, object/ subject), including one that in a certain sense suggests each of the others – between the visual and the aural.

Any essay that proposes to discuss sound usually begins by cataloguing the injustices done to listening, as a result of centuries of neglect by vision-inclined philosophers and art historians. Usually, this catalogue slips into a new set of oppositions, reversed so that listening becomes the mode of perception that brings us closer to the truth of existence. Reading this literature, I am reminded of the workers, in the film Brazil, who share a desk that penetrates the wall between their respective offices – they alternately nudge, hold, and yank the desk, such that the gain of one man is at the direct expense of the other. It sometimes seems as if perception is a kind of zero-sum game: territory claimed by the proponents of sound methodically excludes vision, as if hearing and sight exhausted the human sensorium. What follows are a series of oppositions between listening (on the left) and vision (on the right) that come out of these debates:

(Jonathan Sterne, summarizing Walter Ong. in The Audible Past., 15)

The purpose of this essay is to move beyond such facile (and misleading) oppositions by applying three writings on vision or listening that explicitly or implicitly open one up onto the other: Don Ihde’s Listening and Voice; “’The Element of Voluminousness’: Depth and Place Re-examined” by Edward Casey; and Norman Bryson’s “The Gaze in the Expanded Field.” My goal is not to reduce the particularities of seeing and hearing to an indistinguishable sameness, but rather, to use the spirit of the aforementioned writings to discuss several examples that bring the act of listening into focus. The necessary obverse of this inquiry is to also describe what happens to the act of seeing.” […] 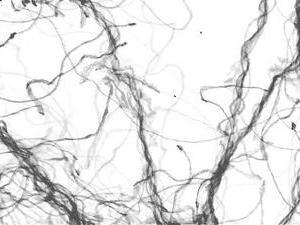