The soundscape is a three-dimensional world of sound composed of live and recorded audio. Sounds are assigned to specific virtual locations, and are broadcast to the user’s headphones as if they actually inhabited that space. As a utopian space, it helps users explore the “voice” of their city, while also allowing them to leave messages of their own for others. These messages mutate, growing within the “cloud” to give them an almost living presence. 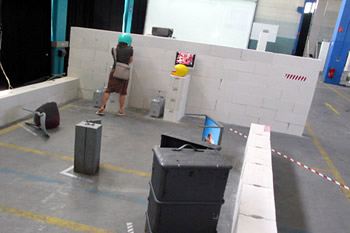