For some people, Erik Satie (1866-1925) is known as an eccentric who gave his works odd titles that seem almost derisive and ridicolous: Chilled Pieces, Drivelling Preludes (for a Dog), Dried up Embryos …

Many believe that this was not only a result of his bizarre wit but also a way of offending the music critics at the time. It was known that Satie didn’t like music critics and that the feelings were mutual.

Those performing his works are well aware of his weird instructions to the performer. The instructions are meant as a dialogue between the composer and the performer only: “To whoever. I forbid anyone to read the text aloud during the musical performance. Failure to obey to my instruction will provoke my just indignation against anyone so presumptuous. No exception to this rule will be granted.”

Satie lived as a true artist, for his music and his ideals. He had no respect for money and lived a poor life for many years. He was never afraid of expressing his true opinion. If he found someone to be a jerk he made this perfectly clear (and took the consequences).

Even though Satie was a fascinating person in many ways, it is his music that is the major reason for his popularity. He was very creative and had a great influence on his colleagues Claude Debussy, Maurice Ravel and Francis Poulenc. Because his music was ahead of his time and regarded as timeless, he also has great influence on many modern composers.

Satie was a forerunner to minimalism. He experimented with what he called furniture music, meant to be in the background rather than listened to. He composed music to be listened at different angles, similar pieces divided into several parts. Many of his compositions have influences from medieval music and from French composers.

His music was rather unknown and underrated until the 1960s. His popularity has grown ever since. 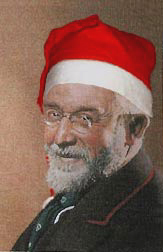