The ElectroAcoustic Resource Site (EARS) project has been established to provide resources for those wishing to conduct research in the area of electroacoustic music studies. EARS will take the form of a structured Internet portal supported by extensive bibliographical tools. To aid the greater understanding of the opportunities offered by these radical forms of sound organisation, as well as their cultural impact, the project will cite (or link directly to) texts, titles, abstracts, images, audio and audio-visual files, and other relevant formats.

The project will strive to conceive of electroacoustic music in its widest possible sense, acknowledge the interdisciplinary nature of the field, and aspire to the greatest possible breadth and inclusiveness.

This said, the project authors acknowledge a current imbalance in the field. Areas already well served by the research community in terms of conferences and publications will be fully referenced, but what could be called the ’arts’ side of electroacoustic music studies will be developed in the greatest detail in future phases of the project.

The current site represents the completion of the preliminary phase of the project, namely the first instalment of a dynamic e-Glossary and Subject Index structure, to be regularly added to and refined as the project develops. 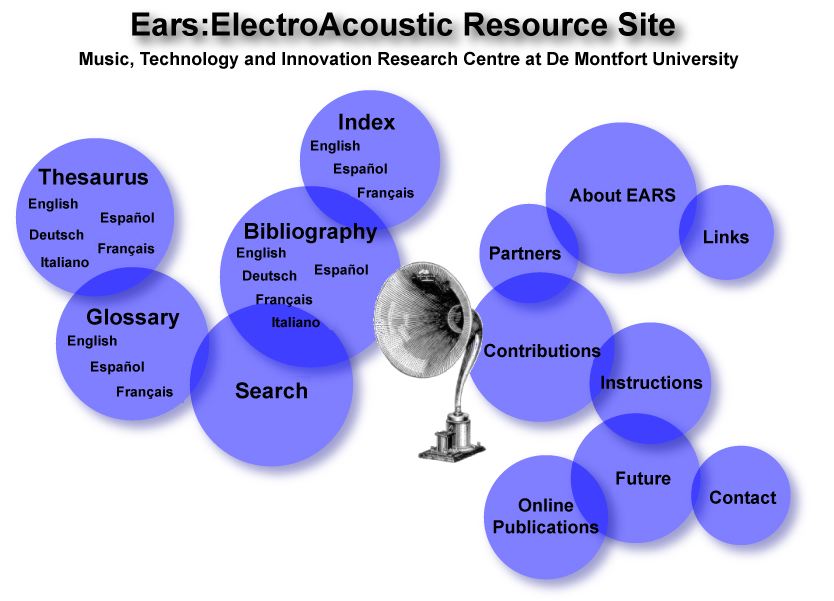