Artefacts of Australian Experimental Music: 1930 – 1973 was launched as part of the 8th Liquid Architecture Festival. The Melbourne launch included a panel discussion on the question of whether there exists a tradition of experimental music that influences contemporary practitoners. The panel featured (pictured l-r below) Pauline Oliveros, Warren Burt, Clinton Green, Rainer Linz and Robin Fox.
Robin Fox also performed at both the Brisbane and Melbourne launches on two analogue synthesisers, that were originally used in the La Trobe University Music dept in the 1970s. Pictured below are part of the VC3 (left) and the Synthi A (right) (photos courtesy of Julie Deasey): + 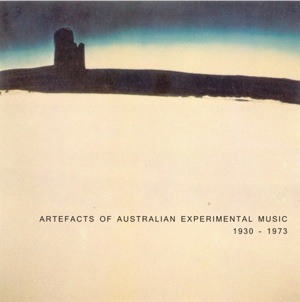