The Caretaker collects stolen memories and feelings from within the Haunted Ballroom of the imagination. Acting as a conduit between spirits and the human world his music is heroic, tragic, dark and light all at the same time. Loved and respected by many The Caretaker’s work has found much critical acclaim. Who is The Caretaker ? Why you are The Caretaker, you’ve always been The Caretaker.

The Caretaker’s first album was “selected memories from the haunted ballroom” which was then followed three years later by “a stairway to the stars” which was championed by many including the late John Peel who regularly played it on his BBC Radio 1 show. “We’ll all go riding on a rainbow” was released in a low-key fashion in 2004 and this release took a darker turn than previous releases. Then from out of nowhere in 2005 “theoretically pure anterograde amnesia” a seventy-two track free MP3 release appeared online and this was subsequently downloaded inexcess of 30,000 times within seven months. This time the audio was more desolate still with only a few glimpses of light. Due to interest this audio was then pressed into a physical six compact disc edition which was pre-sold from this website. Housed in a DVD sized box it featured extensive sleeve notes from K-Punk. “Deleted scenes/forgotten dreams” was released on WeMe in early 2007 on limited edition double vinyl. 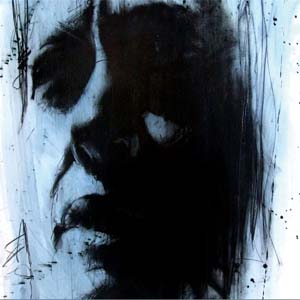