“We’re not just talking typical city noise,” the article says, “but what scientists here say is more like living inside a factory.”

This is not like London or New York, or even Tehran, another car-clogged Middle Eastern capital. It is literally like living day in and day out with a lawn mower running next to your head, according to scientists with the National Research Center. They spent five years studying noise levels across the city and concluded in a report issued this year that the average noise from 7 a.m. to 10 p.m. is 85 decibels, a bit louder than a freight train 15 feet away…

That noise, we’re told, is symptomatic of the fact that Cairo is “an increasingly unmanageable city, crowded far beyond its original capacity” – and the “main culprit is the two million cars, and drivers who jam the city roads every day.” Urban planning and strategic noise control. 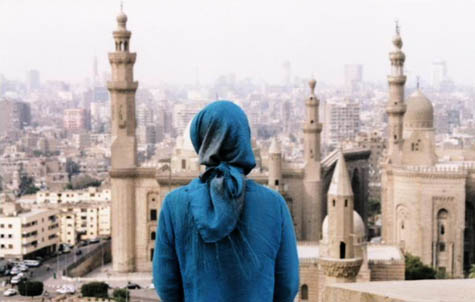