Antiopic’s Allegorical Power Series was a series of online MP3 releases issued monthly from June through December 2003. This series was meant to address the possibilities and roles of abstract or experimental music as social and political response; it attempted to provide a forum and space for artists to present new work as protest and as an exploration of the meaning and potential of sound art in the context of and as response to global injustice. The series was completed with the seventh release in December. All sixty audio tracks will remain online and available indefinitely.

Experimental music presents a curious model for thinking about political art. Political sloganeering and symbolic gestures must be immediately rejected as they exist in the realms of representation that this art form attempts to bypass. One could say that experimental music inherently presents us with a political challenge in that it continually questions the dominant idea of what music is and, therefore, encourages a reassessment of all cultural/ideological hierarchies. It rejects musical laws and questions the authority from which these laws have been issued and used in the service of. If it can be said to speak at all it necessarily speaks of freedom; of the free play of sounds and an anarchic approach to organization that allows for creative re-organization, association and interpretation in its receivership. Unfortunately the anarchic spirit of experimental music has, for the most part, been limited to its content with only slight, less concentrated experimentation with its social context. The widespread adoption of contextual paradigms developed by corporate managers of “culture” and entertainment industries undercuts the potential politics expressed in the music, and it will only be through a rejection of such ready-made contexts and the conscious creation of new contexts that the political implications of this music will be more fully realized.

Antiopic’s Allegorical Power series presents an obvious place to begin reassessing one aspect of the context in which experimental music exists: the context of commodity status and exchange and its potential negation through technological developments. The positive aspect of this potential lies in the ability of producers/listeners to create forms of distribution that oppose the dominant models of distribution with a radicality comparable to the music’s critique of dominant ideas of musicality. […continue] 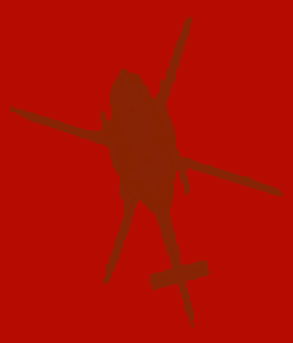