June 2007 marks two remarkable 30 year anniversaries: the Queen’s Silver Jubilee and the release of the Sex Pistols’ irreverent God Save the Queen with its infamous single cover by Jamie Reid. To coincide with these landmark events, Barbican Art Gallery is staging Panic Attack! Art in the Punk Years.

The exhibition explores art produced from the mid-1970s to the mid-1980s in Britain and the United States, at a time when both countries were a breeding ground for subcultures of punk and post-punk. Although the punk movement is largely known for its music, fashion and graphics, this exhibition exposes the vibrant art scene that emerged during these years, most notably in London, New York and Los Angeles.

Including the work of some 30 artists, the exhibition examines art which shares many of the concerns and attitudes associated with the punk years. Many of the artists have direct links with the punk scene including Nan Goldin, Derek Jarman and Raymond Pettibon, others have less well-known, but significant connections with punk in their early careers, such as Tony Cragg, Jenny Holzer and Barbara Kruger. + 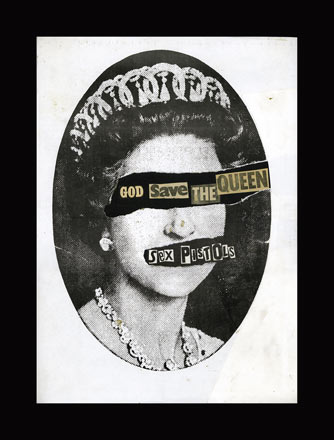