Keynote address presented at the Improvisation Across Borders conference at University of California, San Diego April 11, 1999.

Dedicated to the memory of Robert Erickson who encouraged us all to improvise.

According to Ray Kurzweil in his new book The Age of Spiritual Machines: When Computers Exceed Human Intelligence:

“In a hundred years there may be no clear distinction between humans and computers. There will be enormous augmentation of human perceptual and cognitive abilities through neural implant technology. Humans who do not use such implants are unable to participate in meaningful dialogue with those who do – knowledge is understood instantaneously through assimilated knowledge protocols. The goal of education and intelligent beings is discovering new knowledge to learn.” 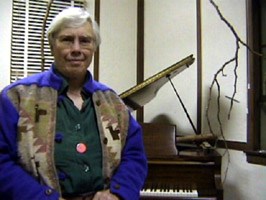