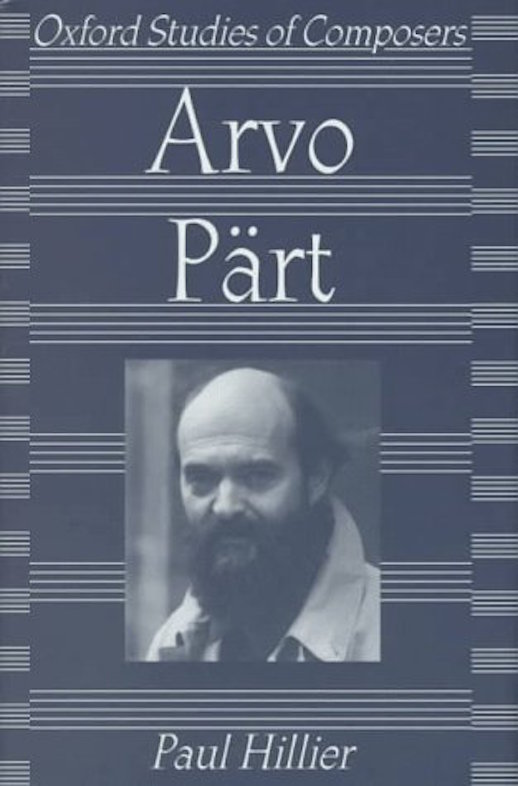 “The music of the Estonian-born composer Arvo Pärt (1935) is a unique and powerful voice in the contemporary world. Using a tonal idiom based on a mixture of scales and triads, Pärt created a style that he calls `tintinnabuli’. Listening to it, one is reminded of the passionate and tranquility of some Russian icon, or of certain memorable scenes in the films of Andrei Tarkovsky.

In this book, the first full-length study of Pärt, Paul Hillier explores the tintinnabuli works in considerable depth. He also examines the music of Pärt’s earlier, somewhat neglected serial period, and charts the composer’s steady evolution towards the `abstract tonality’ of his later years.

In addition, a biographical chapter and discussion of topics such as Russian Orthodox spirituality, minimalism, and the influence of early music, combine to make this a substantial introduction to Pärt’s music. Hillier also draws on his own experience of working with the composer to offer thoughts on various performance issues.”