LITERAL:
The Music for Attention Deficit Foundation was founded by Gltch Btch in 2004 for the purpose of investigating mFAD, the GB virus, its sub-types, and related diseases such as IDM and i-IDM. The mFAD Foundation conducts research on people in order to investigate the effects of the GB virus. Our hope is to contain its spread to only a limited portion of the population, and to spread more joy to the world.

Gltch Btch (pronounced ) is a Music Doer and Researcher who was born infected with the GB virus and has spent an entire lifetime feeling the guilt of having originated the virus. Gltch Btch is currently travelling throughout the world and has done so since adolescence, propagating the disease to many. Gltch Btch is the only member of the mFAD Foundation although more members may be inducted in the future. Gltch Btch enjoys cheese, Happy Juices, passing the time on Livejournal, and the occasional company of a good-looking female. 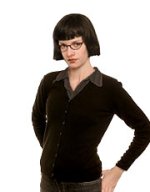 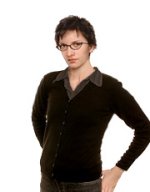