The Futuresonic 2006 festival will explore the theme of Independence, looking at collaborative cultures and independence movements in art, technology and culture. Futuresonic was formed 10 years ago at a time when there was a emergent musical and digital culture that was outside the mainstream, collaborative and peer-to-peer. Today a centre of gravity has shifted towards the world of hackers, bloggers, free networks, open source, social software and civic technologies. What has remained constant has been the emphasis on social autonomy and independence of creative practice. Futuresonic 2006 will explore the state of independence today, and showcase independent music, arts and technologies that are open, emergent, collaborative and ad-hoc.

If you wish to propose a project the deadline for initial expressions of interest is Wednesday 5 October 2005.

Futuresonic 2006 will also host the final exhibition and conference of PLAN – The Pervasive and Locative Arts Network.
Further information available soon via http://www.open-plan.org 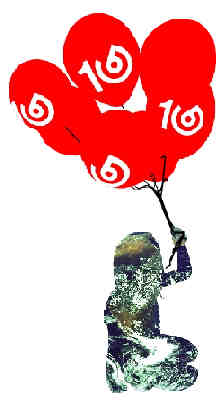