LITERAL:
scientific is an international drum&bass/downtempo collective consisting of 10 producers / dj’s, a few designers and backbone support. the crew was founded in 1999 by mischa van de bilt aka mav, and focusses mainly on the dancable yet atmospheric sides of drum&bass and downtempo. the musicians involved are asc, blue shift, centrik, deepflow, dj remol, intersidereal, john doe, kom’ah, mav, meightk (mentz), resound and twister.

the origins of scientific lay on the internet, where we’ve been releasing free material for years. from one thing comes another though, which resulted in scientific becoming also active on vinyl and cd. to achieve this, the collective was (and still is) supported on all fronts by the dudes @ bmp, our ‘record company’.

all scientists can be found behind the dj decks in clubs around the globe on a regular basis, individually or as a team. in the last case they are often supported by our close friends at e202 music visualisers, one of holland’s most promising vj-acts. 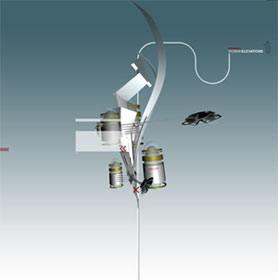