The Milwaukee-based music artist, instrument builder, visual artist, and writer, Hal Rammel, has for four decades pursued a diverse range of fruitful projects and collaborations, becoming a focal point of experimental music. Besides solo performances, Rammel and his homemade instruments – most of all, the amplified palette – are best heard in his duo with Steve Nelson-Raney, and the trios Raccoons (with Jon Mueller and Chris Rosenau) and Audiotrope (with Nelson-Raney and Thomas Gaudynski). These ensembles, part of Rammel’s work with other musicians in Milwaukee, Chicago, and elsewhere, place him among a small number of Americans who concoct music closer to the European preference for completely-improvised works and “extended” techniques as compared to the earlier tradition of Free Jazz. But Rammel, like John Zorn or Scott Fields, also ranks among a small, but influential, group of artists who came of age at the height of the A A C M’s influence, and who built upon the models they and others [notably, Ornette Coleman] provided, specifically in questioning the divide between composed and improvised music, exploring the possibilities of electronic and other new instruments as well as multi-instrument-alism, and purposefully resorting to self-publishing and -promotion. + 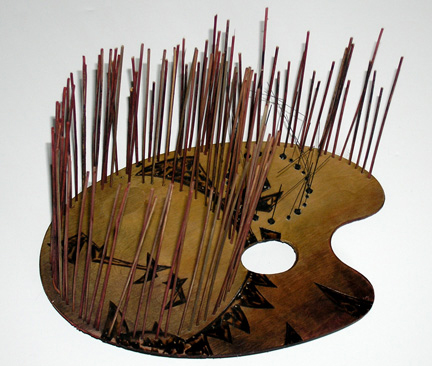