spectra [amsterdam] is artist and composer Ryoji Ikeda’s commission for dream amsterdam 2008; his first project for a public space and his first large-scale work pushing the creative possibilities of light to its utmost extremes. Selected architectural features in industrial, civic and open public spaces emanate blinding white light for several hours every evening, in an unearthly, unforgettable experience. Visitors navigate between the sites following a map that connects the distant points of a visceral urban constellation. Ikeda is an internationally acclaimed composer and sound artist who creates highly technologised installations that play with human perception, in concerts, installations and recordings integrating sound, acoustics and sublime imagery derived from pure mathematics and the endless sea of data in the world. He is the second artist chosen by dream amsterdam to realise a vision for the city using its streets and buildings as a source of inspiration, as a medium, as studio and as exhibition space. Spencer Tunick was the first artist commissioned by dream amsterdam and in 2007 worked with two thousand naked people across the city in a car park, a petrol station, a canal, on bicycles and in a tulip field.

The energy used for the light installations is generated from sustainable, recycled resources. The site–specific art projects can be viewed from 6 June until 21 June 2008 in the evening hours. A detailed map with the locations and a route can be found from 6 June at dreamasterdam.nl.

Co–produced by Forma and Dream Amsterdam Foundation.
Dream Amsterdam takes place within the frame of the Holland Festival
The opening event on June 6 is presented in collaboration with Paradiso.

On midsummer’s night, 21 June, Dream Amsterdam Foundation organises a free open–air event at the site of one of the installations, where Ikeda will present an immersive new audio work. For notification of the secret locations and more information on Dream Amsterdam 2008. 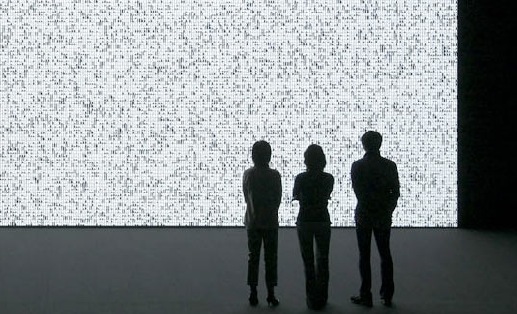