[shareware for osx]
[comments about this software]

It has long been known that Tinnitus is not caused by sounds originating in the ear. Recent innovations in medical imaging techniques have made it possible to show that Tinnitus sounds are generated by activity in the auditory neural system in the brain. However, the exact nature and cause of this activity has not yet been determined.

All learning takes place by weakening some and strengthening other axon connections in the brain.

The TinnitusTamer uses sequences of special sounds and silent periods. When you listen to these sounds they retrain the neural networks in your brain by first weakening, and then eliminating the positive feedback that creates the Tinnitus.

Thus, the TinnitusTamer uses the resources of your own body to take care of the Tinnitus in a natural way. 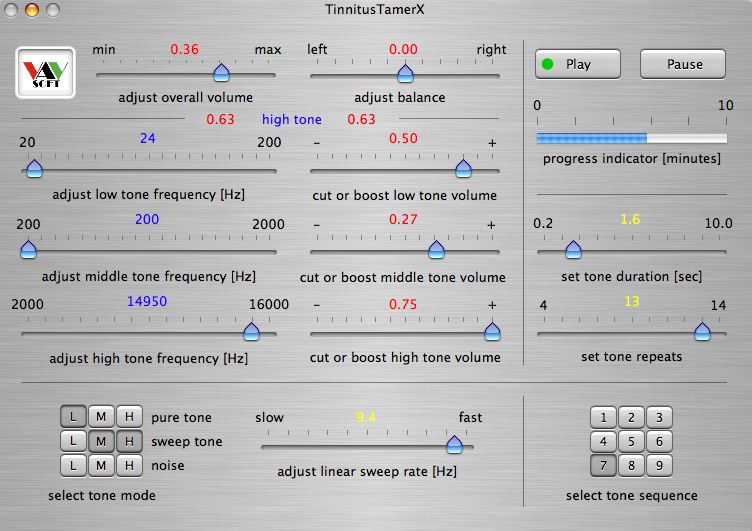