[…] ADACHI Tomomi is performer and composer. He studied philosophy and aesthetics at Waseda University in Tokyo. He has played improvised music with voice, live electronics and self-made instruments. He has composed works for his own group “Adachi Tomomi Royal Chorus” which is a punk-style choir. He has performed contemporary music: vocal and performance works by John Cage, Cornelius Cardew, Dieter Schnebel, TAKAHASHI Yuji and Fluxus including world premier and Japan premier. He is only one performer of sound poetry in Japan. He performed Kurt Schwitters’s “Ursonate” as Japan premiere. He has made sound installation and original instrument (“Tomomin”, his hand made electric instrument is familiar with many musicians). In the field of theater music, he has collaborated with some experimental theaters and dancers, especially he worked in duo group “VACA” with YAMADA Un; contemporary dancer, from 2000. “VACA” was exploring new relationship between dance/dancer and music/musician. He also had organized the concert series “About sounds or ears” for experimental music and sounds in various location as art gallery, theater and on the street 1994-1997. From 1999 he started the new concert series “Music Factory” which picks up sound art, collaboration work and inter-disciplinary performances until 2000. He has performed with numerous musicians including Jaap Blonk, Carl Stone, SAKATA Akira, Erhart hirt, Butch Morris, Jon Rose, OTOMO Yoshihide in Japan, United States and Europe. He has presented his works in many kinds venues include IRCAM/Centre Pompidou and STEIM. As a critic, he has written some articles of visual art, music and performance art on papers and magazines. He had participated in the art theory bulletin “Method” 2000-2001. He started visual art (computer aided photograph, video and installation) since 2003. Recently, he is focusing his activities on solo performance (with voice, sensors, computer, self-made instruments), sound poetry (especially to the unknown great Japanese sound poetry tradition), video installation and workshop style big ensemble with non-professional voice and instruments performer. […] 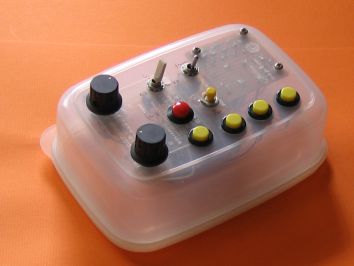