Artistic passion and commercial greed collide in a new digitally created narrative/performance format that fluidly mixes sampled commercials, live action cinematic drama, DJ /VJ culture, and live music. Palladio asks the question, “In a world where the line between culture and commerce is increasingly blurred, can you really sell out anymore?” Based on the 1998 novel Palladio by New York Times Magazine writer Jonathan Dee, Neill and Jones new media performance work tells the story of an unlikely romantic triangle set against the backdrop of the often conflicting worlds of music, art and advertising.

Coming out of the world of DJ/VJ culture, Neill and Jones’ networked instrumental ensemble plays the video and music simultaneously. The musical score includes Neill’s evocative instrumental compositions as well as songs with lyrics written by Lance Jensen, the award winning advertising creative director. Mikel Rouse, a noted composer/performer and creator of the TV talk show opera Dennis Cleveland will play a leading role as an actor and singer.

Palladio’s video component, projected onto a movie theater screen, includes commercial samples seamlessly merged with live-action footage as the lead characters played by Rouse, Zoe Lister-Jones and Cort Garretson are digitally transported into an environment created from the ads portrayed in the story.

Ben Neill, internationally known composer, performer and inventor of the mutantrumpet, a hybrid electro-acoustic instrument, has been a pioneer in the use of interactive computer technologies in live performance. Neill has recorded seven CDs of his music on Six Degrees, Universal/ Verve, Astralwerks, and other labels. Visual artist Bill Jones has been exhibiting in galleries and museums for over two decades. He is also a noted writer and editor who has founded a number of periodicals including The Independent Film and Video Monthly and ArtByte the Magazine of Digital Culture.

Neill and Jones have collaborated on performance works and exhibitions since 1996. Their previous projects have been presented in festivals, concert halls, clubs, galleries and museums internationally. Palladio expands the techniques and interactive musical video vocabulary they have been successfully developing together in the context of DJ/VJ culture into a full-length cinematic and dramatic work. 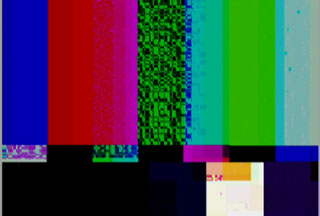