Every year since 1992 I’ve presented Unsilent Night, an outdoor ambient music piece for an INFINITE number of boombox tape players. It’s like a Christmas caroling party except that we don’t sing, but rather carry boomboxes, each playing a separate tape which is a “voice” in the piece. In effect, we become a city block long stereo system!

In 2006 the New York event will happen on Saturday, December 16th. We will meet at the Arch in Washington Square Park at 6:45 pm, begin at 7 pm and proceed eastward to Tompkins Square Park, where the piece will end around 8 o’clock. [more…] 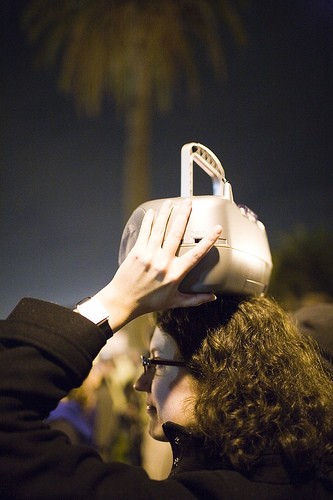