INTRODUCTION:
[…] In order to define better the characteristics of live cinema I compare them with those of cinema and VJing (Video Jockeying). As the name already implies, live cinema should have something to do with cinema, even though the live context makes the process and practise quite different. Cinema has it’s own language, based on montage, a linear organisation of shots in order to tell a story.
In this thesis I am exploring what the basic elements of live cinema could be and reflecting on their effect on live cinema language, which only exist as a “spoken language” without “written grammar”. My hypothesis is that there exists a live cinema language, even though the lack of references makes it challenging to prove as audiovisual realtime performance still seems virginal territory in a theoretical sense. In search of a trajectory I started by defining live cinema by it’s components: what is needed in order to perform visuals in realtime? I decided to concentrate on five elements: SPACE, TIME, PERFORMANCE, PUBLIC and PROJECTION, as these elements are present in all live cinema performances. I reflect on the characteristics of each essential element and offer categories and terminology in order to create a vocabulary for the proposed live cinema language. As there are many different genres in live cinema, and as the material can be abstract and figurative, it is impossible to name just one approach in order to create meaning in a performance. live cinema performance can be experienced as “live painting” as well as “live montage”. In this thesis I propose montage and composition as possible tools for creating a performance. I also discuss the meaning and background of visual effects in live performance, as they seem to play an important role.

I have studied the history and possible influences of live cinema in order to get a better idea of the background of the subject. Even though there does not exist a written history for realtime audiovisual performances, it seems clear that most writers agree on certain influencies like colour music and expanded cinema. These agreements are helpful in order to trace the trajectory of live cinema. Historically, there are parallel influences as live cinema has many different facets and elements included in it’s practise, like projection, space and audience participation. Also, the influences are technological as well as artistic.
The goal of this thesis is to explore the essence of live cinema, rather than offer a comprehensive study of realtime audiovisual performance. For this reason I have focussed only on the elements and concepts I consider essential for live cinema. 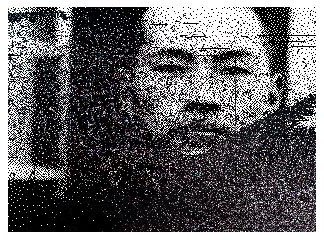