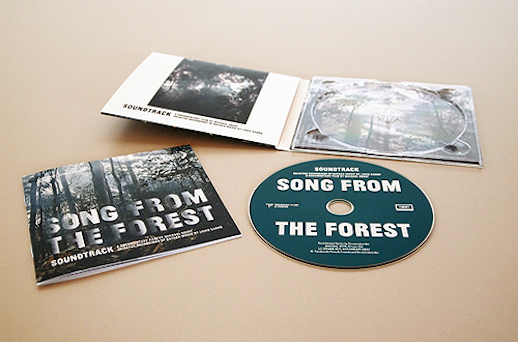 As a young man, the American Louis Sarno heard a song on the radio that gripped his imagination. He followed the mysterious sounds all the way to the Central African rainforest and found their source with the Bayaka Pygmies, a tribe of hunters and gatherers. He never left.

Today, twenty-five years later, Louis Sarno has recorded over 1,500 hours of unique Bayaka music. He is a fully accepted member of Bayaka society and has a son, Samedi. Once, when Samedi was a baby, he became seriously ill and Louis feared for his life. He held his son in his arms through a frightful night and made him a promise: “If you get through this, one day I’ll show you the world I come from.”

Now the time has come to fulfill his promise, and Louis travels with Samedi, age 13, from the African rainforest to another jungle, one of concrete, glass, and asphalt: New York City. Together they meet Louis’ family and old friends, including his closest friend from college, Jim Jarmusch.

Carried by the contrasts between rainforest and urban America, with a fascinating soundtrack and peaceful, loving imagery, their stories are interwoven to form a touching portrait of an extraordinary man and his son.

A modern epic set between rainforest and skyscrapers.

SONG FROM THE FOREST

SONG FROM THE FOREST: THE SOUNDTRACK
SELECTED RECORDINGS OF BAYAKA MUSIC BY LOUIS SARNO

This is the soundtrack album to the film “Song from the Forest”, which tells the story of Louis Sarno, an American who has lived for thirty years among the Bayaka pygmies in the Central African Republic. No outsider has had such access to this beautiful and musical culture, and this selection of the best of his recordings presents the sounds of this amazing people and their environment with a depth and richness never heard before.