[a video time-warping machine with a tangible deformable screen]

The goal of the Khronos Projector is to go beyond these forms of exclusive temporal control, by giving the user an entirely new dimension to play with: by touching the projection screen, the user is able to send parts of the image forward or backwards in time. By actually touching a deformable projection screen, shaking it or curling it, separate “islands of time” as well as “temporal waves” are created within the visible frame. This is done by interactively reshaping a two-dimensional spatio-temporal surface that “cuts” the spatio-temporal volume of data generated by a movie. 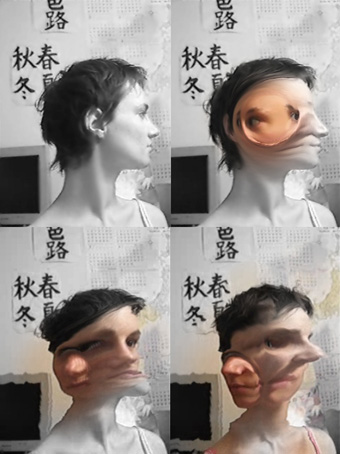