Christopher Janney is one of the most prolific and influential artists working with sound and light today. Named by Esquire magazine in 1984 as one of the Americans under 40 most likely to change the world, Janney’s innovative use of recorded and live sound, light, and interactive technology has done much since to bear out that prediction. 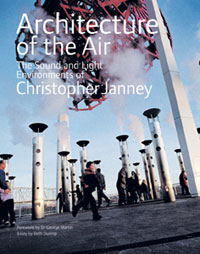