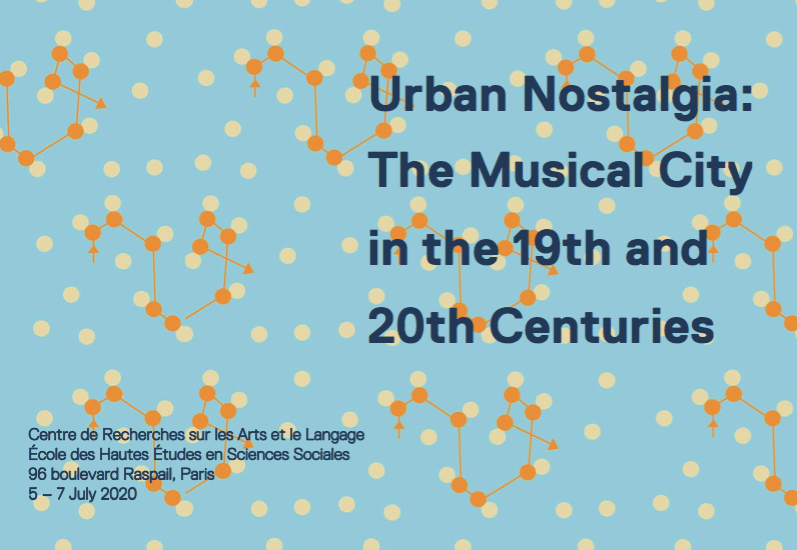 The Musical City in the 19th and 20th Centuries

This online conference organised by Lola San Martín Arbide (CRAL-EHESS) will take place from 5th to 7th of July 2020.

The aim of this workshop is to explore space through music, approaching the history of the city via the notion of nostalgia. Often described as a form of homesickness, nostalgia is, by definition, the feeling that makes us wish to repossess or reoccupy a space. Such spaces appear to us as both near and distant, tangible and remote, and it seems that attempts at reclaiming them are frequently musical in nature. We know, for instance, that particular compositions have played important roles in helping people to navigate or mitigate a sense of displacement. In these circumstances, affective experiences may be bound up with trauma or joy, as is the case of song during wartime or musical imaginaries among migrants. Under other conditions, we might identify a ‘second-hand nostalgia’ in the guise of a musicallyinflected tourism that seeks to reactivate (for pleasure and/or profit) the historical aura of an urban site. What are we to make of the abundance of personal, interpersonal, and propositional episodes that posit music as some kind of a bridge to the urban past?