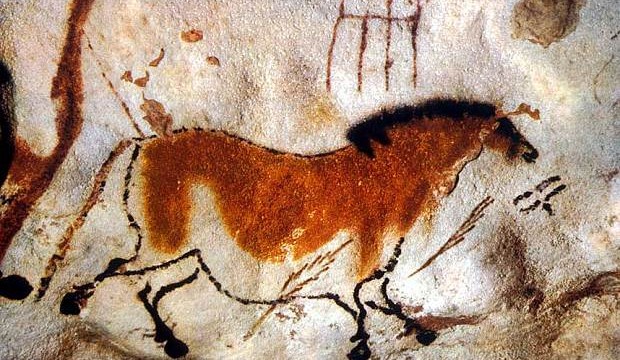 Prehistoric cave painters may have been trying to capture the echoes of clapping which blurred together into a thunderous cacophony of stampeding animals.

The herds of aurochs, bulls and horses depicted running along the walls of the Lascaux caves in France are among the most magnificent examples of prehistoric art ever discovered.

But rather than evoking Palaeolithic hunting scenes, new evidence suggests that the images may actually represent the eerie sounds which emanated from the mouths of the caves. Link to The Telegraph