In a series of three articles, Dianna Kenny examines the life expectancy of pop musicians, the myth of the 27 Club, and how genre affects popular musicians’ life expectancy. It is from the third article that this chart is taken: 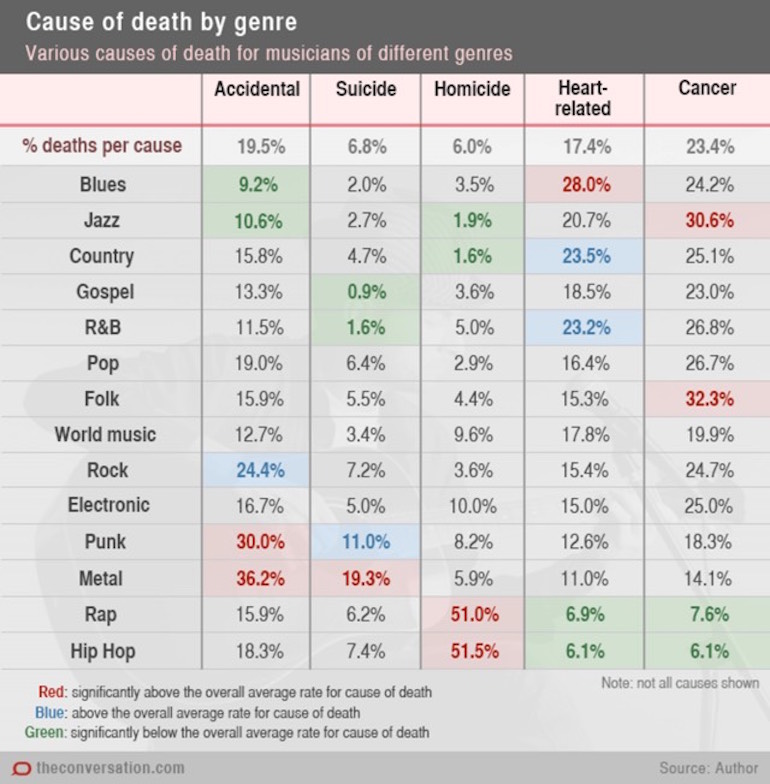 Murder accounted for 6.0% of deaths across the sample, but was the cause of 51% of deaths in rap musicians and 51.5% of deaths for hip hop musicians, to date. This could be due to these genres’ strong associations with drug-related crime and gang culture.

Heart-related fatalities accounted for 17.4% of all deaths across all genres, while 28% of blues musicians died of heart-related causes. Similarly, the average percentage of deaths accounted for by cancer was 23.4%. Older genres such as folk (32.3%) and jazz (30.6%) had higher rates of fatal cancers than other genres.

In the case of the newer genres, it’s worth pointing out that members of these genres have not yet lived long enough to fall into the highest-risk ages for heart- and liver-related illnesses. Consequently, they had the lowest rates of death in these categories.