LITERAL:
Reports have circulated that composer Luc Ferrari passed away on August 22. And although at this late hour, some three days later, news.google.com still appears to call up no such search result, the sad news is confirmed at the website of the French newspaper Le Monde (link). Much will be made of Ferrari having died in such close proximity to Robert Moog, creator of his namesake synthesizer systems. Those waiting for a third shoe, or electronic musician, to drop may take comfort in how little Ferrari, born in Paris in 1929, and Moog, born in New York City five years later, had in common. In fact, the nature of their distinct pursuits posits them as twin poles in the course of contemporary music, electronic or otherwise.

Though both used technology to push the creative envelope, Moog did so by creating new instruments that built sounds from the most basic materials, such as sine waves and electronic pulses, while Ferrari came to be associated with musique concrete, with taking recordings (often seemingly a-musical ones, of natural settings) and shaping them, after the fact, into compositions.

Several Ferrari works were presented at the Other Minds festival in 1999, among them his “Presque Rien No. 4,” available in full at the Internet Archive, at archive.org, albeit only in streaming form (link). The piece mixes treated and found sounds in with a recording of Ferrari and his wife, Brunhild Meyer-Ferrari, taking a walk in Italy, where he would later pass away. 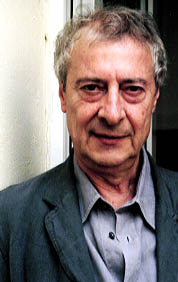