Giani Enderlin was born in the City of Zug, Switzerland in 1977. His talent and interests in music were visible since he was a little boy. After making his first experiences as a live act at different technopartys in the beginning of rave culture, he soon began focussing on studio work and did no more live acts. In spite of having some promising projects, he had to wait until 2004 to release his first record. Besides his studio work, he also supports swiss bands and artists in the genre of Trip Hop, Electro and Downbeat. With a friend and a lot of voluntary work, he operates the web-portal out-of-space.ch. The portal is readily used and gives new and young artists the opportunity of new contacts, networking, further developing their skills and also a platform for PR. Now, he’s on acrylik for your pleasure, so, enjoy …
>>>>>>>
>>>>>
>>>
>>
> 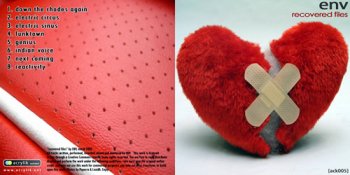