In 2004, the Netherlands-based Basta label released Popular Electronics – Early Dutch Electronic Music from Philips Research Laboratories. The four-CD (and seven-booklet) box set meticulously chronicled the pioneering electronica that Henk Badings, Tom Dissevelt, and Dick Raaijmakers recorded for Philips between 1956 and 1963. Since these recordings had originally been released on vinyl, collectors petitioned Basta for a vinyl edition.

After consulting with Dick Raaijmakers, Basta decided to re-release, in a numbered limited edition of 1000, only the four original Philips monophonic singles by Badings, Baltan and Dissevelt, with exact replicas of the original labels and sleeves. The discs are packaged in an elegant red velvet collectors box accompanied by an inlay sleeve on which is printed the serial number. This sleeve can be attached to the inside cover of the box, or stored in the box with the singles.

The original 7″ releases, which date from 1956 to 1961, are extremely rare and highly collectible. Kid Baltan’s “Song of the Second Moon” was only ever available as a Philips promo gift. A few of these singles were reissued by Philips in the 1960s with different labels and covers. However, the Basta editions feature the first-run artwork in every respect.

As stated, there are only 1000 numbered copies. After these are sold out, there will be no additional production of this set. 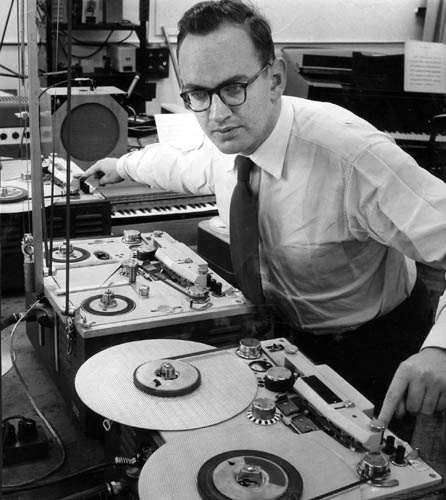