For five nights, the Victorian leisure gardens of Calderstones Park, Liverpool will be transformed into a bewitching nocturnal world with one of the largest audio visual installations ever to come to Liverpool.

Presented by the Liverpool Culture Company as part of the 2008 European Capital of Culture programme, Power Plant takes over the Park for some magical botanical activities in which sound and light are used to create glitchy insects, dramatic weather, mechanical plants and the sound of the earth’s energy. The gardens and greenhouses will be transformed by 20 different installations, and audiences are invited to wander around this mysterious world.

Light Insects clustered 20 feet up in trees utter cicada like sounds, their beautiful moving shadows cast on the ground below. Weather balloons implanted with single note harmonicas, breathe out and re-inflate to conjure a natural organ. Bang, a loud pyrotechnic crack of thunder coincides with a brilliant blaze of lightning that cuts through the trees and bushes. A Kinetic Flowerbed of 150 dainty mechanical flowers spin their rainbow of colours in the English Garden. At the centre of this special botanical world, the glasshouse becomes a slowly pulsating beacon of light, casting monstrous shadows of foliage and vegetation coupled by deep rumblings from light synthesisers that conjure the subterranean movements of the earth’s crust.

Power Plant was originally commissioned by Oxford Contemporary Music together with University of Oxford Botanic Gardens. It has been created by Mark Anderson, Anne Bean, Jony Easterby, Kirsten Reynolds, Roguewave and Philip Jeck – artists working at the forefront of creativity The installations heighten the audience’s awareness of sound and light, our primal receptors on high alert in this night time setting. 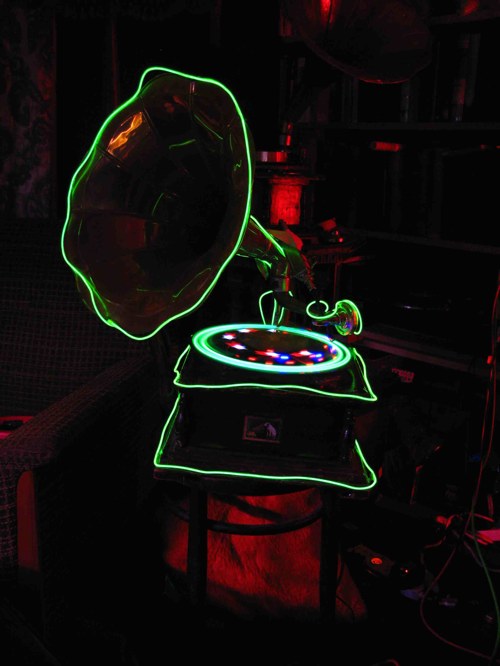