Two of the UK’s busiest leftfield promoters, NO-FI and [NO.SIGNAL] join forces this September to present APPROXIMATELY INFINITE UNIVERSE – A CARAVAN OF RAW SOUND MAGIC FROM FINLAND AND THE US, an eight-date tour, supported by CMN and media sponsored by The Wire Magazine, which will travel the length of the UK. Featuring special commissions and unique collaborations from some of the most innovative and exciting acts of Finland’s underground with the haunting ISLAJA, the beautifully disorientating KEMIALLISET YSTÄVÄT, the epiphanies of ES and the genius collages of TOMUNTONTTU (Jan Anderzén) – most represented by the influential and exploratory label FONAL. Each will musically entangle themselves amongst an uncompromising host of Americans, including the home-recorded acid folk of FURSAXA; freak goddess SAMARA LUBELSKI (Hall Of Fame, Tower recordings, MV&EE), the ‘Terry Riley-fused with Kate Bush’ impossibility of AXOLOTL, the ‘coal-powered spacecraft from some steampunk parallel universe’ that is BLEVIN BLECTUM and the occult trance duo SKATERS.

Each performance will be a unique and brand new collaboration, each of the Finnish acts inviting a US counterpart to collaborate on a performance, highlighting the parallels in strands of the recent evolving trend of ‘weird/avant folk/noise’ between the US under the layer communities and Finland’s northern circles.

The performances will be made of material composed in the months leading up to the tour and worked in 2 days rehearsal. The concerts will take the form of two acts with the 4 groupings rotating during each act.

NO-FI and [NO.SIGNAL] – in conjunction with the artists themselves – designed this approach as a way of taking the aforementioned trans-Atlantic influence exchange, trapping it in a vacuum and making it feedback on itself in order create a whole family of brand new musical beasts.

Selected dates on this tour will feature an exclusive screenings curated by FONAL-founder Sami Sanpakkila and a selection of commissioned work which will take place before live performances. The concerts will be recorded and later released as digital only compilations. 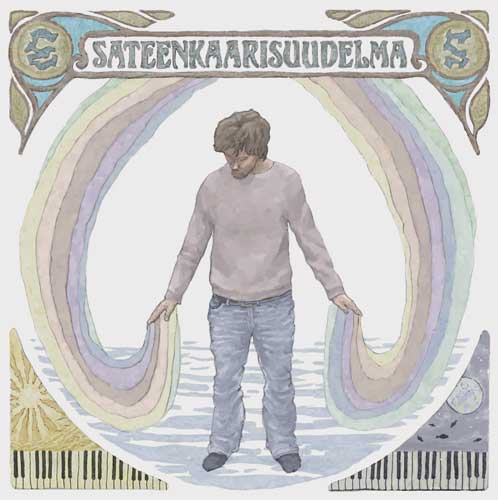