UM is one of Portugal’s first experimental and mixed media arts festivals.
UM brings together international and national artists and practitioners interested in creating media works, which mix disciplinary techniques and different forms of technologies, to create interactive, playful and participatory media works. The 2008 programme focus is on gesture and movement.

BACKGROUND
UM develops from the N.I.P. – New Interfaces for Performance, project which was presented last year in Lisbon, in September 2007. N.I.P. is a distributed network of artists working in mixed media. The N.I.P. crew hail from the UK, The Netherlands and Portugal and have been working together to explore new modes of practice in experimental, mixed media arts, with a very general focus on gesture and movement.

UM CONCEPT
Thematically the 2008 UM festival retains the focuses of N.I.P., by further exploring ideas of gesture and movement. This focus complements many of the today’s concerns across various subject areas from the extension and digitalisation of the human body across various networks, to virtual and physical mobility, to environmental and climatic shifts. Never before within our history have we had the capabilities to map and track our movements and gestures. From the slightest human touch, to global tracking systems, our human and environmental gestures can be plotted, visualized, condensed, augmented and transformed.

FESTIVAL HIGHLIGHTS
UM will take place across central Lisbon – Barrio Alto, Chiado and Santos – in new spaces, artist lead independent venues, cultural meeting places and outside in public squares and on the street.

View the works of international, mixed media artists and practitioners

Attend live performances and club events from Portuguese, US and European musicians, sound artists and DJs.

Participate in seminar discussions with theorists and practitioners. 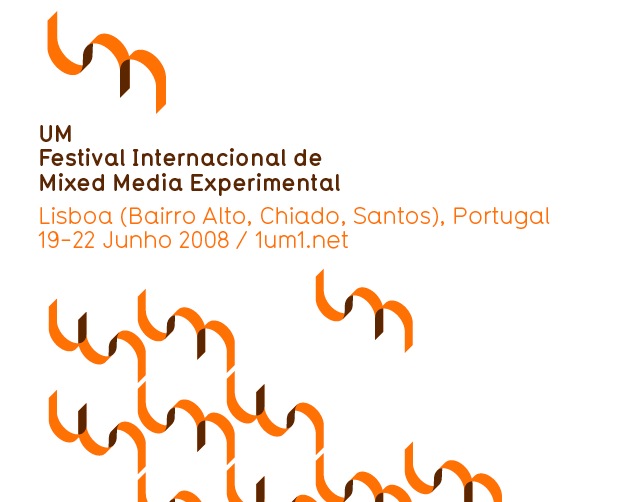