For several years, Stacey Gayle had seizures whenever she heard certain songs. Sean Paul’s “Temperature” was a sure bet to send her into convulsions. Gayle suffered from musicogenic epilepsy, seizures caused by music. According to Oliver Sacks’s Musicophilia: Tales of Music and the Brain, the condition was first described in 1937. A total of just 150 cases of musicogenic epilepsy have ever been reported. Once Gayle was properly diagnosed, she had a small portion of her brain removed to stop the song-induced fits. It worked. Scientific American has her story. From the article:

At first, the seizures seemed to occur randomly. In the spring of 2006, however, she noticed a pattern. At the time, Sean Paul’s “Temperature” was sitting at the top of the Billboard Hot 100 singles chart, continually being played on urban radio stations. It was playing at nearly every barbecue and party she went to. That was a problem: “Every time it would go on, I would pass out and go into a seizure,” she recalls.

All it seemed to take was a few seconds of the song to send Gayle to the floor. “That’s the last thing you would think,” she explains, “but I did it at home one time and it happened again.” 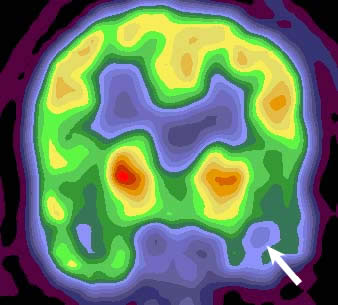