Wireless communication is, in this day and age, a given in all realms of society. Yet what manner of artistic potential is presented by the electromagnetic waves perpetually enveloping us today? And how might these influence our psyche?

From 10 May through 29 June 2008 the Hartware MedienKunstVerein Dortmund (HMKV) is presenting – in cooperation with the Ars Electronica, Linz (European Capital of Culture 2009) and with RIXC, Riga – the exhibition Waves – The Art of the Electromagnetic Society in the PHOENIX Halle Dortmund.

Electromagnetic waves surround us all, flowing through our bodies and enveloping our every gesture. Their ubiquity makes them viable artistic fodder, as evidenced by an exhibition at Hartware MedienKunstVerein (HMKV), in Dortmund, Germany, which includes over thirty-five artists or artists groups addressing the topic of “Waves: The Art of the Electromagenetic Society.” The last word in the exhibition title is particularly important, because there is a question of the degree to which these invisible forces have had an impact upon social formations and creative exchanges between individuals. As curators Armin Medosch, Rasa Smite, Raitis Smits, and Inke Arns say, “The exhibition treats electromagnetic waves as the medium connecting people, nature, and technology–giving rise today to entirely new electromagnetic landscapes.” To be sure, these landscapes are as much cultural as they are material. They also forge a relationship between the waves flowing out of industrial enterprises and the flow of communication between individuals situated in a field of power. In addition to the HMKV installation, which is up May 10-June 29, there are a number of public installations throughout Dortmund, and artists’ workshops with titles like “Demons in the Aether,” “Tonewheels,” and “Field Amplification (Street Radio).” All of this will be documented in a catalogue written in both English and German and HMKV’s website features a number of related audio downloads. 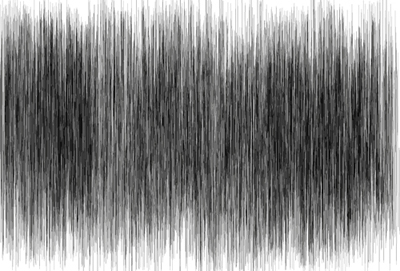