“[…] The Tinnitus Tamer uses sequences of special tones and silent periods to retrain the neural networks in the auditory system of the brain to weaken, and ultimately eliminate, the positive feedback loop that creates the Tinnitus sound.

Initially, you may note that your Tinnitus is less bothersome while you train with the Tinnitus Tamer. After training for a few weeks, you will be no longer aware of your Tinnitus between sessions. You will have to concentrate on your Tinnitus to hear it, and even then, it will no longer be annoying. 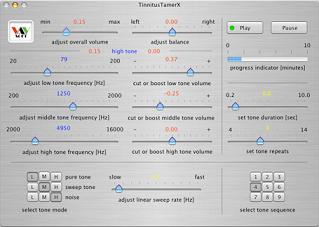