On Saturday 26 April and Sunday 27 April 2008, the Veenfabriek and the Art History Department of Leiden University organise the SYMPOSIUM ON SOUND . This symposium is a gathering of scientists, performers and artists, who will focus on the issue of mutual influence between art and science, more specifically with regard to sound. The exhibition On the Sensations of Sound, which is organised in cooperation with Museum De Lakenhal in Scheltema, will be opened during the symposium.

COOPERATION VEENFABRIEK & LEIDEN UNIVERSITY
Since 15 April 2006, the Veenfabriek and the Art History Department of Leiden University have been in charge of the unique, joint Scholar on Stage project. This project investigates the mutual exchange and confrontation between arts and science, applied to sound. The first Scholar on Stage is technique philosopher John Heymans. Heymans carries out interdisciplinary research into the influence of Helmholtz´s standard work “Die Lehre von den Tonempfindungen” (1863) in the development of early-electronic and contemporary music. His doctoral research will result in a thesis which will be finalised at the end of 2008, and in the reconstruction and installation of the Siren Orchestra. In addition, Heymans is the main force behind the Symposium on Sound. The symposium includes an expert meeting for invitees only, during which Heymans will discuss the contents of his research with a group of international experts, as well as a public programme.

SYMPOSIUM ON SOUND
Two international keynote speakers have been invited; the Canadian art historian Jonathan Sterne , who published The Audible Past: Cultural Origins of Sound Reproduction (2003), among other works, and the American composer David Behrman . Both speakers will, emphatically from their own disciplines, discuss how the development of the art of sound, in the broadest sense of the word, is influenced, on the one hand, by the arts and, on the other hand, by science, and how this can be stimulated.
On Saturday 26 April, the programme also features a concertante lecture by the British composer Aleks Kolkowski who reconstructs instruments and machines from the pioneer days of recording and reproducing music. In addition, Sing Song – an ensemble that was established to make live ‘musique concrète’ -, visual artist/actor Benjamin Verdonck and musician/composer Paul Koek will perform together.
On Sunday 27 April the Siren Orchestra will be launched officially, and the exhibition On the Sensations of Sound will be opened. This exhibition presents works by contemporary artists Carsten Nicolai (Germany), Suchan Kinoshita (the Netherlands/Japan), James Beckett (UK, Zimbabwe), John van Oostrum, Jochem van Tol and Der Wexel. The evening programme consists of a public interview/debate with the American composer and performer Laurie Anderson , who will comment on the theme of Symposium on Sound

SIREN ORCHESTRA
As a result of the findings of Scholar on Stage John Heymans, the Veenfabriek sponsored the reconstruction of a number of musical instruments. These instruments go back to the work of the 19th-century physicist Hermann von Helmholtz: the sirens of the Dutch physicist H.A. Naber, and the intonarumori, the noise intoners, of the futurist Luigi Russolo. What originally seemed to involve a philosophical investigation into the effect of Helmholtz?s On the Sensations of Tone on early-electronic music was actually realised with this orchestra.
During the Symposium on Sound, the complete orchestra, consisting of twelve sirens and six intonarumori, will perform for the very first time. Leading composers have been invited to compose works for this unique orchestra. The Siren Orchestra will perform new works by David Behrman (USA), John Butcher (UK), Yannis Kyriakides (NL, UK, CY), Paul Koek and Martijn Padding (NL), introduced by the composers themselves.

EXHIBITION ‘ON THE SENSATIONS OF SOUND’
The exhibition On the Sensations of Sound consists of sound objects and sound installations by contemporary artists Carsten Nicolai (GER), Suchan Kinoshita (NL/JPN), James Beckett (UK, Zim), John van Oostrum, Jochem van Tol and Der Wexel. These artists use sound as their basic material. Through sound they change or intensify the perception of space, of material or objects. Much of their work has a scientific or investigative angle. James Beckett, John van Oostrum and Der Wexel will compose new works, especially for On the Sensations of Sound.
British essayist and composer David Toop will open the exhibition on Sunday 27 April 2008 at 4:00 p.m. Toop published Ocean of Sound (1995) and Haunted Weather (2004), among other works, and also presented the exhibition Sonic Boom: the art of sound , in the Hayward Gallery in London in 2000. 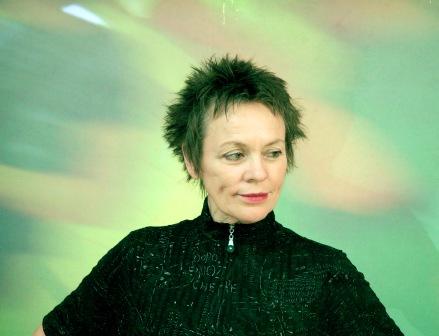