is a unique internet art project that interweaves wall painting, photography, animation and sound in a manner entirely unknown until now. Shortly after its launch in June 2004, more than two million individuals throughout the world have already visited this interdisciplinary composite work of art.

99rooms stemmed from the mystical, often apolocalyptically charming pictures created by Berlin artist Kim Köster within the countless vacated premises of East Berlin‘s industrial sector. Photos of these paintings were initially produced in digital form and then animated through a cooperative effort between Richard Schumann & Stephan Schulz and then subsequently complemented through a personal sounddesign from Johannes Buenemann. The final product of this year long effort is a scintillating intermediary world which invites the observer into an journey through its morbidly-beautiful rooms. 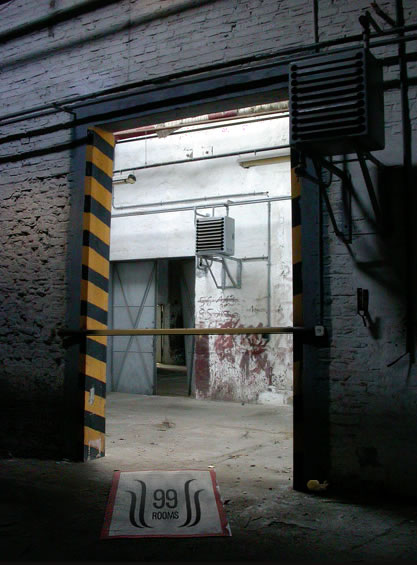