Early NON performances were designed to offer choice to audience members who might otherwise expect only a prefabricated and totally passive entertainment experience. Rice has stated that he considers his performances to be “de-indoctrination rites”. Rice has performed using a shoe polisher, the “rotoguitar” (an electric guitar with an electric fan on it), and other homemade instruments. He has also used found sounds, played at a volume just below the threshold of pain, to entice his audiences to endure his high decibel sound experiments.

Rice coupled his aural assaults with psychological torture on audiences in Den Haag, the Netherlands, by shining exceedingly bright lights in their faces that were deliberately placed just out of reach. As their frustration mounted, Rice states that he:

..continued to be friendly to the audience, which made them even madder, because they were so mad and I didn’t care! They were shaking their fists at me, and I thought that at any minute there’d be a riot. So I took it as far as I thought I could, and then thanked them and left. 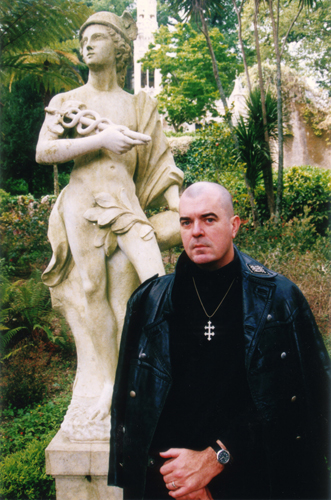