I (Rinus van Alebeek) look with wonder at the world wide web and see how it has become a reservoir, a storage room of each individuals creative outcome. (Of course there is so much more, but as in a city, I don’t knock on every door and I don’t enter every shop/gallery/bar/cinema and what so ever.) Sometimes it makes me think that a person’s website is the final destination of his productivity. One of the reasons I organised this festival is to visualize, or maybe better, to materialize the information I got through the web.

The majority of the performing artists I met through internet. It is easy to maintain a digital relation. But to my idea there is also life after the world wide web. Webbing is communicating fast. The result could be meeting in a bar and have some chats and then go home to check some more e-mails. But this is the age of production. And I wanted to produce a Festival and thus present a place where an artform like field recording could have a platform.

I choose field recorders out of another wonderment. By now I know that Berlin can be considered one of the cities in the world with a amazingly lively experimantral/noisical scene. Musicians who have dedicated themselves to this artform often incorporate field recordings in their performances/compositions. But they seldom make appearances where exclusively field recordings are used. I don’t know of any venue in Berlin with a programme that includes at least one weekly performance of pure field recordings.

The line ups of the Festival show the eagerness of the field recorder to present himself to an audience, I mean a real live audience, and not a digital audience at the other side of the computer who will download his netrelease, and whose presence often is diminished to the figure that indicates the number of downloads.

I consider the worldwideweb as a means of communication. I often consider communication as a means to get together and produce something. (Yes, I have my moments of nice goodtime nonsensical blablaing, but hey, this is also what talking is about, but I don’t like to be so technocratic that “having a good time” equals “communicating good vibes”, before you know, it will become a registered trademark).

I would like to respect networking: That’s why I have contacted (internet)radio’s around the world to ask them if they would like to dedicate some of their time to the festival. I like radio, because I can imagine sounds swirling in some space where ever on the world. And I also like the excitement, knowing that sounds produced in Berlin will go travelling into orbit and from there back again to the Australian desert. 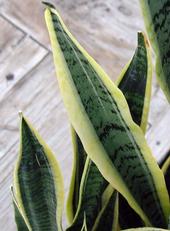