After two years as a guest of the Academy of Arts, transmediale.08 returns for its next edition in January/February 2008 to Berlin’s landmark House of World Cultures giving focus to digital technology as an intrinsic element of worldwide contemporary culture.

Under the theme CONSPIRE… transmediale.08 aims to hear from a broad range of artists, media activists and academics working within the realms of digital art and culture in ways which may be read as elaborating upon and challenging our understanding of collaborative and network practice. As such transmediale.08 looks to the cross-disciplinary tinkerers, utopian spelunkers, conspiratorial hoaxsters and stealth tacticians who question, subvert, undermine and bypass the unspoken rules, hidden codes of conduct and assumed truths entrenched within our information driven communication cultures and ideological belief structures.

club transmediale – festival for adventurous music and related visual arts (CTM) – is a prominent international festival dedicated to contemporary electronic, digital and experimental music, as well as the diverse range of artistic activities in the context of sound and club culture. The 9th edition of the festival will take place at various venues in Berlin from January 25 to February 2, 2008.

Under the theme Unpredictable, CTM.08 investigates artistic concepts that imply the surprising and unforeseeable, accidents, mistakes and coincidences as a means to alter the dynamics of creative processes and to discover new aesthetic forms.

The program features internationally renown artists – such as VITALIC, MOUSE ON MARS, CONRAD SCHNITZLER, ALVA NOTO, THE LEGENDARY STARDUST COWBOY or LARRY HEARD – and some of the most exciting discoveries of the past year – like KLIMEK, EBONY BONES, JOAKIM, EFDEMIN, CHROME HOOF, WOLVES IN THE THRONE ROOM and SURKIN.

As always, the festival’s two weekends are strongholds of the best of contemporary club music, while the weekdays present sonic experiments between digital Glitch, acoustic beauty, abrasive Noise and outrageous Metal. A selection of visual artists will set the right frame by applying new looks to our main venue Maria am Ostbahnhof. Workshops will give visitors opportunities for hands-on experience in building their own electronic sound devices. Lectures, a film program and dicussion rounds give in-depth information to topics related to experimental music culture.

One of the definitive highlights will be the CTM.08 opening concert at Berlin’s Volksbühne theatre, with Musique Concrète legend PIERRE HENRY presenting old and new pieces. The concert by Mexican electronic musican MURCOF promises for a very special listening experience presenting his new album Cosmos under the starry sky of Berlin’s largest planetarium. 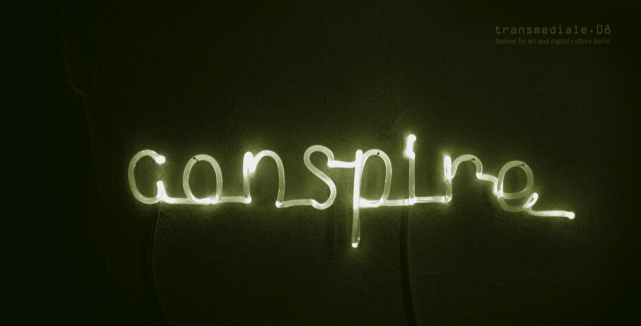